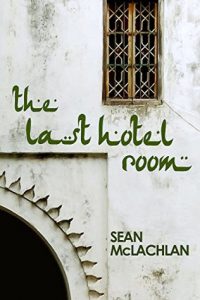 Touring without a Guide

This book, published by Kindle Scout, is written in a simple, unpretentious style that is a pleasure to read. It’s in what I like to think of as the I Traveled to a Foreign Land, Saw All the Tourist Sites, and Set My Story There genre. However, it broaches a serious topic, the plight of Syrian refugees, that lifts it above the typical exotic setting/pedestrian story category. There are moving descriptions of the pitiful lives of the Syrian refugees, especially that of Asif, the orphan whom the down-and-out Tom befriends. The writer obviously has immersed himself in things that the typical tourist never sees.

The story could have been more convincing, perhaps. The relationship between the orphan boy and Tom is the major theme of the novel, yet Asif is not described in a way to explain Tom’s attraction to him. He only sees him from time to time, and doesn’t get to know him very well. Tom sees and describes a lot in Tangier but remains an outsider to its society, as if moving about from sight to sight without a tour guide. The result is that the novel sometimes reads like a short story that has been expanded by adding scenes only somewhat different from previous scenes rather than by complications in the plot.

Still, the premise of a man going to an exotic city with a plan to kill himself and coming face to face to with people whose lives are far worse than his makes this a novel that demands to be taken seriously.