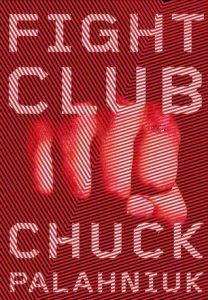 (Spoiler alert: this review reveals the answer to the central mystery of the story.)

A band of anarchists is led by a second personality who inhabits the narrator’s body without his knowledge. Hundreds of men flock to this person’s promise of injuring themselves in bare-knuckle fighting and polluting the food of the wealthy with various bodily wastes.  The narrator fights off what he believes to be insomnia by attending numerous support groups for all types of deadly diseases. Original and inventive, with really clever language. Not much of an emotional center other than undifferentiated male rage.