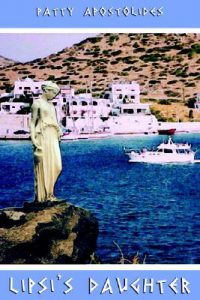 Lipsi’s Daughter gives us a picture of what life in Greece was like at the end of the 20th century for a girl raised in a family with conservative values. Ipatia conforms to the expectations of society without rebellion—except that she wants to go to the university even though her grandfather and relatives want her to get married immediately after high school and have children.

The reason for the delay in Lipsi’s Daughter that allows Ipatia to go to America and graduate from the university is unique if somewhat wanting in credibility. What the novel does well is to show what it is like to be immersed in two cultures at once.