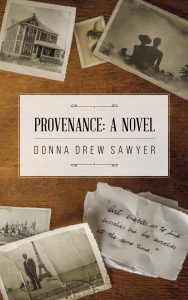 The cruelty and absurdity of racism in the American South haunts the lives of characters in Sawyer’s novel, which traces a family from the late 19th century through 1970. Hank, whose family lives on the “back side of town,” feels this racism when he is unjustly accused of murder simply because of his race and flees for his life.

Hank soon realizes that strangers assume he is white. His grandfather was white, and Hank himself looks white. Although in the South the infamous “one drop rule” defined anyone with even a trace of negro heritage as a negro, Hank finds that based on appearance he can easily “pass” for white. But here is where the trouble begins. The novel shows the sense of guilt that can develop from the effort to pass as white. Hank feels that he is living a lie in the hypocritical white society in which he finds himself.

The novel shows racism for what it is by putting a human face on it. The characters are well developed. The story moves quickly, and there are surprises at the end.