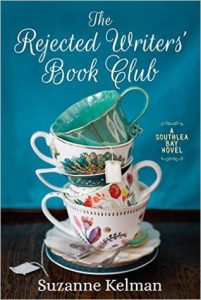 This novel is an example of writing with a distinct authorial or main-character voice. Kelman’s first-person narrator, Janet, looks at the world around her with what might be called a detached amusement. This is evident in her descriptions. Doris’s house, for example, has “little whimsical wooden doodads smiling up at you from every corner of her garden, each of them wishing you a pleasant day in one form or another.” Inside, the narrator finds the assortment of furniture odd: “It was [as] if two completely different styles were in the process of fighting to the death.”

Her descriptions of people show the same detached amusement: “On [Ruby’s] head sat a green knitted hat embellished with an enormous emerald-colored peacock feather that came to a dramatic point on her forehead and wouldn’t have looked out of place on Robin Hood.” When Doris lets her into the house, the narrator says, “Following her up the hallway, I was flanked all the way by Ethel, who warily eyed me in a sort of ‘guard the silver’ mode.” The narrator says of Flora, another figure in the Rejected Writers’ Book Club, that “with a pair of oversized spectacles perched on her nose, she’d given the appearance of a scared owl.” And here is how the narrator describes Mrs. Barber at the post office: “She was a beloved, soccer-ball-shaped woman with wild, bird’s nest hair that always hid more than one pair of sparkly reading glasses.”

The narrator is equally amused in describing men. (This is the genre of fiction in which all men are minor characters.) A doctor is said to be “a balding guy with quick brown eyes, stylish glasses, and a bright, snazzy tie. He wouldn’t have been out of place as a stand-up comedian.” A truck driver has “an exposed, hairy belly that seemed to be desperately trying to fight its way out of the top of his jeans.”

Some of the narrator’s most amusing comments are reserved for her husband Martin. When he declares that they have raccoons in the yard, she observes, “Men seem to be fluent in an assortment of magisterial statements, such as, ‘It’s not going to rain today, trust me,’ or ‘The tires on the car are fine. You could drive to Albuquerque and back on that tread ….’” Later, “[Martin] squinted and said, ‘Hmmm,’ which translated from ‘male’ means, ‘I don’t actually agree with that idea, but I don’t have a comeback line to common sense.” The discussions between husband and wife are funny because of the wife’s detached amusement in describing them:

Wandering back outside, I called to Martin, who was still staring at the empty spot [where his bird seed and duct tape raccoon trap had been]. I shook my head. He was thinking; I’d observed it many times before in our long marriage.… In order for my husband to think, he had to stop perfectly still, like one of those street performers who pretends to be a statue. Then he could just allow his brain to work, without any other bodily movements to distract him. I was always amazed he remembered to breathe.

It’s the attitude of the narrator that makes this novel entertaining. Is her husband opinionated, over-confident, unable to empathize with what concerns women? She finds this amusing, not anything to get upset over. Is Doris a bossy, manipulative busy-body? That’s funny, not annoying. This narrator refuses to get upset about the world she observes. On the contrary, she finds it all quite droll.

Is this a good novel? My opinion is that it would have been a good short story, its absurd premise being no less acceptable than, for example, that of Gogol’s “The Nose.” The problem is that the bulk of the novel consists of a road trip by a group of women, each with her own supposedly humorous quirk, and that in describing their road-trip hijinks, the narrator seems to feel obligated to give details of what each of the five women is doing at each moment, so that the novel reads as if it’s continually pausing a Three Stooges video so that we can examine each character in the scene at that point in time. The author, in fact, once refers to three of her characters as Curly, Larry, and Moe. She says later, “What followed was nothing short of a comedy skit.” And that is basically the problem with the novel, the persistent insistence that we see the humor of the slapstick action while at the same time expecting us to believe that these things could actually have happened—because the story is ultimately presented as something believable and, in fact, uplifting: “…when I looked back at the road trip now, it was with fondness. This group was much different than the world I’d known before …. there was something endearing about it all.”

Endearing? Sure, if you find Larry, Moe, and Curly endearing. As for me, I find old Gracie’s story of her young love in war-torn England more interesting than the road trip.