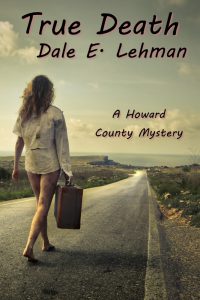 True Death, on the surface, is a police investigation story, but it goes beyond that. The internal struggles and conflicts of the main characters become the focus of a story more about love, grief, compassion, and forgiveness.

This is the second novel in Lehman’s Howard County Mystery series. If, like me, you haven’t read The Fibonacci Murders, some scenes of True Death will seem confusing. Removing the Fibonacci material might help readers to follow the plot of this novel by reducing the number of named characters they have to keep track of.

There are many shifts in point of view from scene to scene. This device, along with the mixing of scenes from the past with scenes from the present, makes the novel not merely a mystery about Who Done It but a puzzle for the reader to rearrange in his mind. The novel, in fact, is like the story that a woman “coaxes” out of the character Phil Waters, which “came out in tangles, like a skein of yarn that had been mauled by a cat. She wondered if he remembered all of the details or … even the right sequence of events.”