The Gloaming, by Melanie Finn 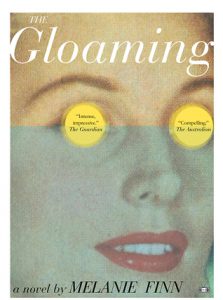 An American college girl swept off her feet by an international human rights lawyer finds herself years later divorced, alone and despised by the residents of the small Swiss town into which she has been dumped. She has no memory of the auto accident in which she killed three local children. A local detective befriends – more than befriends – her, and he gets her legally cleared to skip town.

She arrives in Tanzania where she seems to want to experience the opposite side of the continent than the cushy life of world-class hotels and limo services that she lived with her husband. She takes a bus to the end of the line in the bush and insists on staying there. She watches as three children torture a puppy. She is told that women are burned as witches in the next town. Children born as albinos are regularly murdered. She eventually moves on to a city where European expats deign to live.

She runs into a soldier of fortune, a doctor whose children who have been stolen, a burnt-out drunk and a woman from the U.S. who will literally do anything to be able to save a few of the hordes of homeless children. The sins of her past follow her, as does the detective, who has fallen in love with her. Then she disappears from the narrative for quite a while as the novel follows some of these other characters.

This is a grim picture of Tanzania and the thousands of souls there who are required to beat, bribe, steal and whore their way through a nasty, brutish and short existence “The scale of the atrocities frightened … because it implied original sin, rather than tightly contained circles of abuse.” A thug advises: “I keel you. Quick if you pay. Slow if you do not.” The response? “Can you kill my friend first?”

At the same time, the book is well written in the literary style. River water is seen as “soft chiffon, the diffusion of light, a kind of magic substance.” Any character who comes within sight of a body of water—or anything, really – is instantly inspired with metaphors.

The drama will even stop for a bit of poetic writing. The narrator, living entirely alone in a small apartment in the small Swiss town in which she is hated, awakes to find that someone has entered her kitchen and rearranged things, including a coffee cup. She does get upset, yes, but not before “I took hold of the cup [and noticed] The cool curve of the ceramic surface, the neat arch of its handle, its whiteness.” She does notice the “dregs I had not made,” but the beauty of the cup – or the preoccupation of the writer with her own writing – overwhelms any sense of danger so thoroughly that she doesn’t even mention this to her friend/lover detective even as he later talks with her in the same room.

The beautiful writing contrasted somewhat strangely with the brutal subject matter and the general aura of hopelessness in both continents. The aura of hardship and anomie worked to make the dramatic but unlikely plot seem almost plausible. Overall, I thought it was a very interesting and well-written book that throws an old continent in a new light.